You can only cruise the boulevards of regret so far, and then you’ve got to get back up onto the freeway again.

If you need a clue that Paul Thomas Anderson’s Inherent Vice, an adaptation of Thomas Pynchon’s novel of the same name, is a film noir, look no further than Johnny Greenwood’s wonderful score. Where his earlier collaboration with the director on There Will Be Blood was all strings and tension, this score is more laid back, low key, mournful, and full of horns. The soundtrack, on the other hand, often points in the other direction. When the movie wants to be upbeat and exciting as it sometimes does, Anderson will use a previously written pop song like Can’s “Vitamin C” to give the movie that edge. It’s no secret by now that Anderson is a master, one of the best directors working and probably of all time, and his ability to pick songs and collaborators which fit so perfectly with what he wants to do is just one more example of his brilliance. That being said, Inherent Vice is not your typical Paul Thomas Anderson movie. 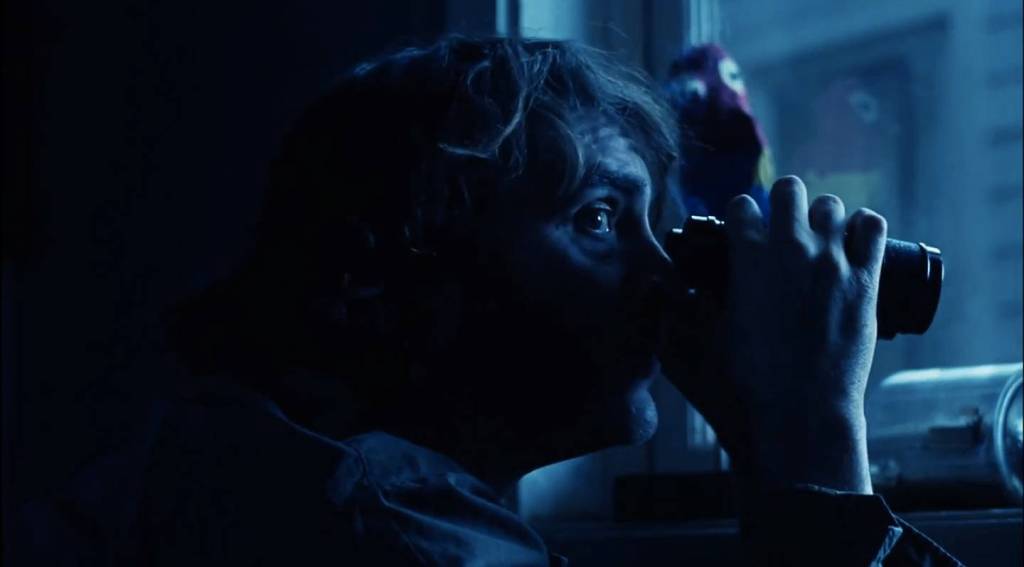 Many of Anderson’s previous films have been focused on a monomaniacal character whose fanatical pursuit of some cause or idea, whether it be riches via oil or fame via porn, leads to a terrible end for said character. No such thing happens here, though Joaquin Phoenix’s Doc sure does pursue his missing ex-girlfriend and her missing current boyfriend. If that sentence confuses you, prepare to be mired in a plot that aims to be confounding rather than clear. I followed it for a good while until one new name too many dropped in my lap and I just threw my hands up and went for the ride. I’m sure the plot is comprehensible if you see it an additional time or two, but with so many side characters who show up for a scene to impart some piece of information about another side character and then do some drugs, I don’t think it really matters too much. I think the convoluted plot is just another joke. With each new encounter the absurdity builds. This is a very funny movie. I’m not sure you could go through and pick out lines that were funny out of context, but within the world of the film the increasingly farcical situations really worked for me.

That isn’t to say, though, that this film is a comedy. It is sad as often as it is hilarious. The thesis, if you can call it that, is that Doc is a relic of the past. His hippie nature is already outdated as the sixties turn into the seventies. The forces of evil aren’t just The Man anymore, and free love means getting pulled over by a cop because there are more than three people in the car with hair past their ears. Even Doc can’t hold on to his outsider status as much as he would like to. There is a contrast there between him and his frennemy, an LAPD detective named Bigfoot, played wonderfully by Josh Brolin. Bigfoot used to be a hippie but sometime before the film starts he got a hair cut and learned of the power that comes from civil rights violations. In some ways he is a character to be pitied, especially in his final scene, and his inability to cope with becoming The Man and getting mixed up in drug trafficking from the other side of the law is in stark relief to Doc’s ability to go with the flow. In fact, this is the most I’ve liked Joaquin Phoenix in about a decade for exactly that reason. Under Anderson’s direction he abandons all sense of self-seriousness in favor of a cool detachment that really works for the character and for him. He’s delightful when interacting with prostitutes, musicians, FBI agents, real estate magnate’s wives and girlfriends, and hopped up dentists alike. Doc’s existence is not an enviable one, though I very much enjoyed my time visiting it.

I think the most remarkable element of the movie is, if I may steal some of its vernacular, the vibe Anderson creates in part through long tracking shots of a very different variety from those that made him famous in the late nineties as a technically exciting filmmaker. The movie is propulsive in a slow, mellow way that never feels the pressure to conform to typical scene constructions or even typical story progression. So those shots which start wide on Doc and the other minor character he’s sharing the scene with and move ever so slowly closer and closer until they end as a close up of the two are basically the movie in miniature. What starts as an expansive tale of corruption and misdeeds ends in loneliness and uncertainty of a very personal nature. There is much in the world that Doc can’t control and although he has been willing to let that ride, it does make for a harshed buzz.