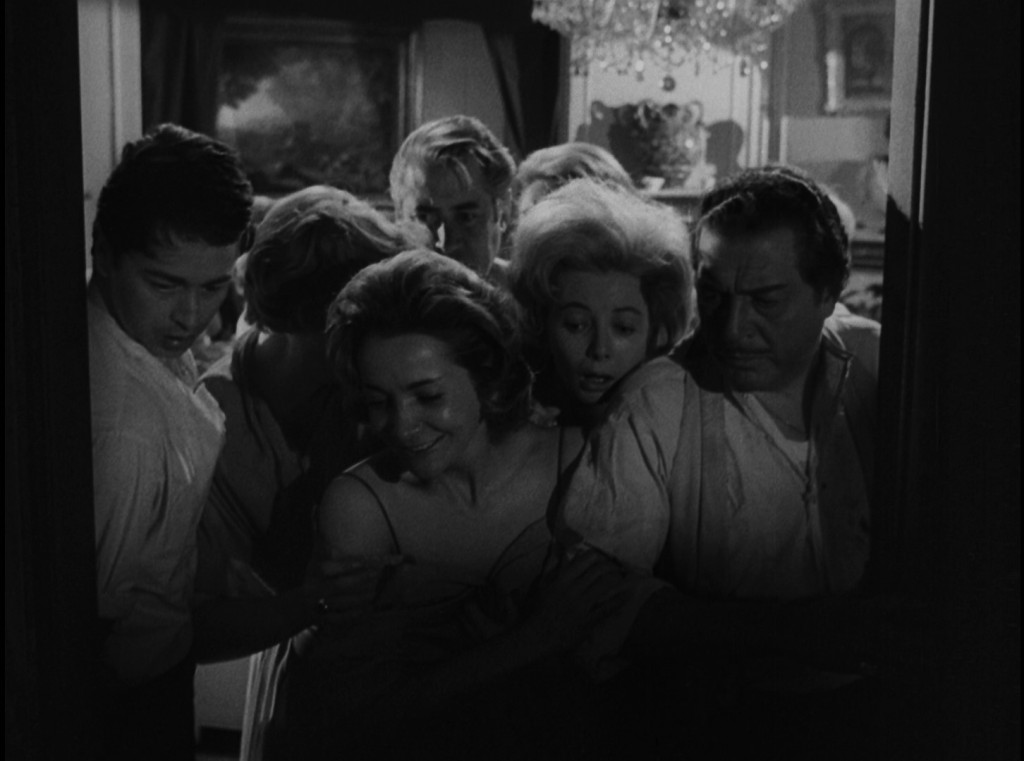 Like a less-overt episode of The Twilight Zone, The Exterminating Angel puts people in a weird situation and then sees what happens before putting a final twist of the knife at the very end. It’s unlike most other movies in that it isn’t super concerned with characters or even a story as such. And for all of its surrealism and absurdity, the events of the film mostly follow logically from one to the next. Everything, that is, except for the first few minutes, which feature the servants in a baroque Spanish mansion trying to leave before the start of a dinner party that will prove to last quite a long time. We see two maids hide in a closet as the group of rich revelers enter the house and go upstairs to the banquet hall. Here the maids see their escape route open, only to have the same set of guests enter and perform the same actions a second time around. It’s your first hint that something is up here and it’s delightful and off-putting at the same time.

When the guests finish their meal and everybody prepares to leave, they find that they can’t. They can’t cross an invisible border between rooms, outlined by darker curtains that become more and more noticeable as the film progresses. Soon enough people are eating paper and busting a pipe in the wall for water. The party lasts forever, and Luis Buñuel does a fantastic job of turning the gap between what looks like one conversation and then the very next event into a space of hours or even days. There’s really no way of knowing what exactly is keeping the party-goers in the room nor what is keeping everybody outside the house from entering it. 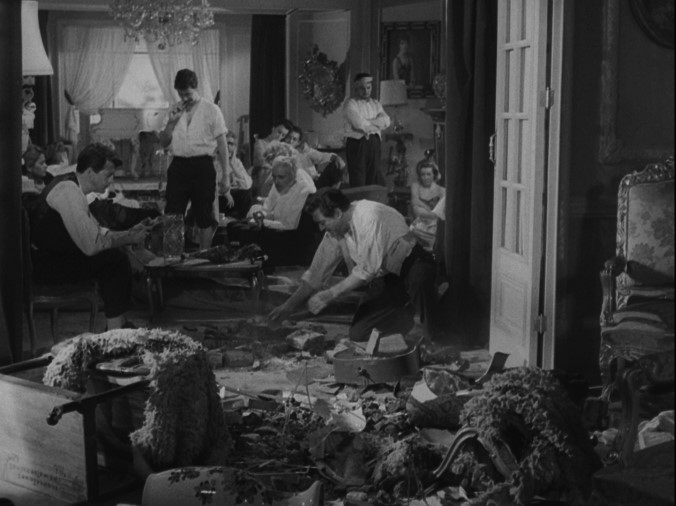 Buñuel uses this premise to point out the absurdity of the upper classes. A doctor tries to diagnose the problem and another man tries to reason his way through the invisible barrier, while yet others start to turn towards religion as an answer or a way out. Politesse soon unravels into contempt and perversion. Buñuel escalates the situation masterfully, with each moment seeming just a little worse than the one before. There’s a moment just before the climax where he pans across the room, showing each surviving member of the party posed in postures of defeat. Buñuel has claimed that the film is a failure because he didn’t take the depravity far enough. I admit that I wanted to see the guests turn on each other even more before the movie ended, but it’s hard to watch this and call it a failure. While I might not understand the specificity of the satire on display (nor did I laugh at it, wry smirking was all I could muster) without further research, I think the general idea of pointing out how the rules of high-society life barely cover a the worst impulses of humanity are still quite resonant.