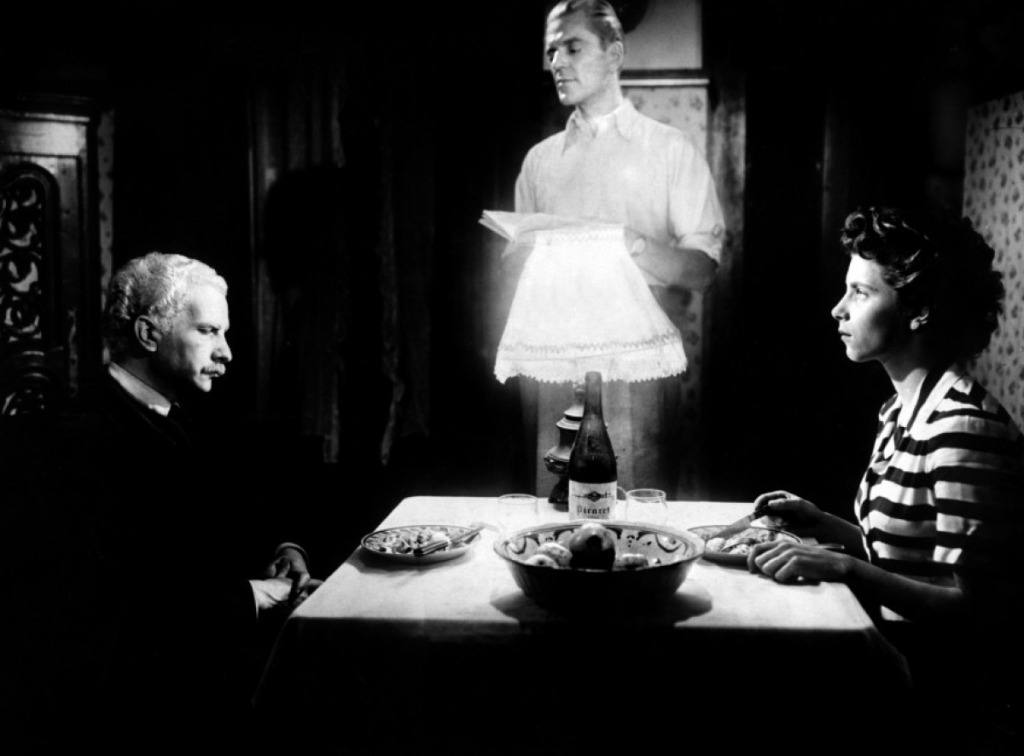 This was Jean-Pierre Melville’s first film and it’s a far cry from the other Melville movie I’ve seen, his penultimate Le Cercle Rouge. Where that was a film that oozed cool out of every frame, Le Silence de la Mer‘s primary feeling is seething rage. It’s funny, there’s not a moment of conflict here. Not a shot taken, not a single injury on screen. The only hint of violence we get is the German Lieutenant’s limp. Only a few words are spoken in anger, and they come at the end of the film. But still, it’s full of rage, of the anger of the occupied and the disillusioned. Melville constructs an enthralling tale of resistance out of silence, monologues, and narration. To these three aural modes of discourse Melville adds beautiful images to round out the package. It’s a wonderful little movie that demonstrates the power of resistance even when that resistance is as passive as can be.

END_OF_DOCUMENT_TOKEN_TO_BE_REPLACED

Oh, so this is what Lawrence of Arabia is. I feel a perverse sense of accomplishment for having made it three decades into my life without seeing it. For the past 10 years or so I was just waiting for it to play on a big screen somewhere near me (it never did) and then for the past few years I was waiting until I had the time and the inclination to actually watch it. Luckily we had a snow day yesterday and I was home alone with about four hours to spare. So here we are. Of course I saw where some of my favorite movies got their inspiration (Indiana Jones particularly) and I was amazed at just how well constructed the whole thing is (only one shot stood out to me as weird, and I can’t even remember it a day later). But what I was most impressed with was what David Lean was doing with his time.

END_OF_DOCUMENT_TOKEN_TO_BE_REPLACED 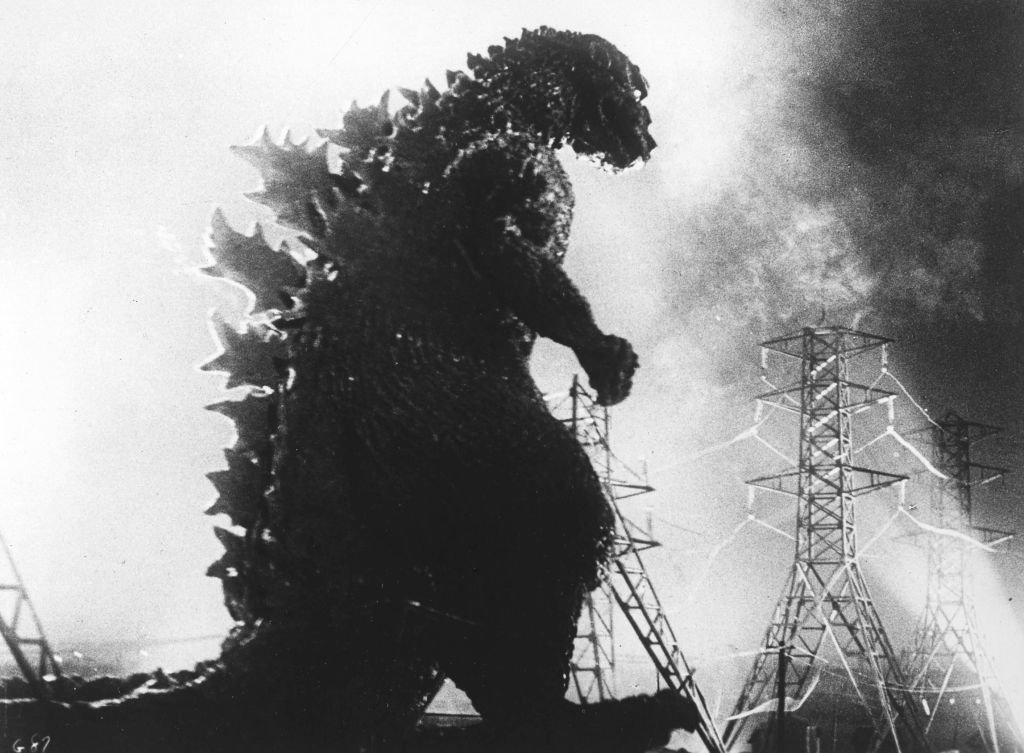 How do you film something that’s real, that exists in physical reality, but is too small to see? Stalker uses color to indicate the irradiated Zone. Geiger counters have long been an aural signal that there are dangerous, invisible particles flying through the air. Onibaba turns to an uncanny mask to cover the devastating effect of nuclear radiation on the body. None of these quite captures the sense of havoc that the little buggers can wreak on our cells. Enter Godzilla (or Gojira, if you want). A monster awakened by the H-Bomb tests carried out by the United States after WWII, the giant, kinda cuddly-looking lizard is a walking, roaring, crunching embodiment of atomic power. He’s got breath that’ll melt everything in sight and he’s nigh unstoppable by conventional weapons. Here is the definitive depiction of radiation on screen, too bad it’s full of other stuff that is pretty darn boring.

END_OF_DOCUMENT_TOKEN_TO_BE_REPLACED 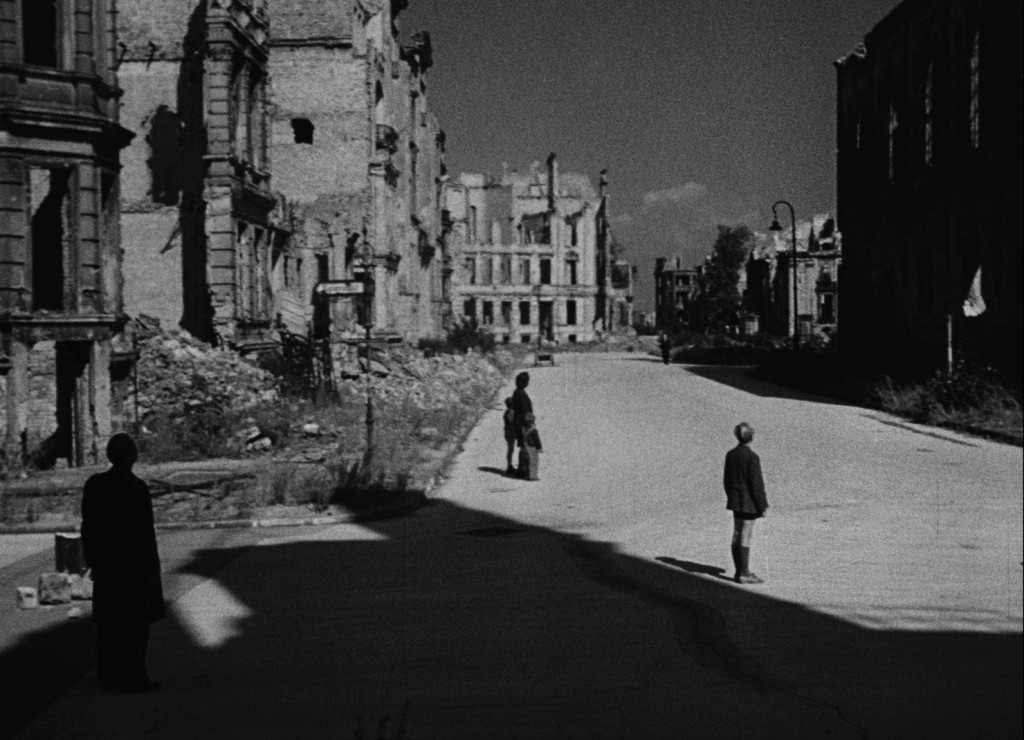 The last film in Roberto Rossellini’s War Trilogy is a lot like the first, Rome, Open City. Germany Year Zero also uses a few days in the lives of some citizens to tell the story of a city’s relationship to the war. It, too, becomes a study of how the vicissitudes of life in wartime can provide momentary respite from suffering that just makes the rest of the characters’ lives seem even worse in comparison. But this time there’s a pretty drastic change from Rome, Open City and Paisan. German Year Zero is set in post-war Berlin. It’s Rossellini’s change of subject from his people to those who oppressed them that makes this a remarkable movie. He doesn’t hate the Germans, at least not most of them. Indeed, the young protagonist, Edmund (Edmund Moeschke) is given the same treatment as Don Pietro Pelligrini was in R,OC, an understanding, empathetic portrayal. It’s only the Nazi-affiliated characters that Rossellini clearly disapproves of, disappointingly recreating the gay depiction seen in the first film of the trilogy and adding in pedophilia for good measure.

END_OF_DOCUMENT_TOKEN_TO_BE_REPLACED 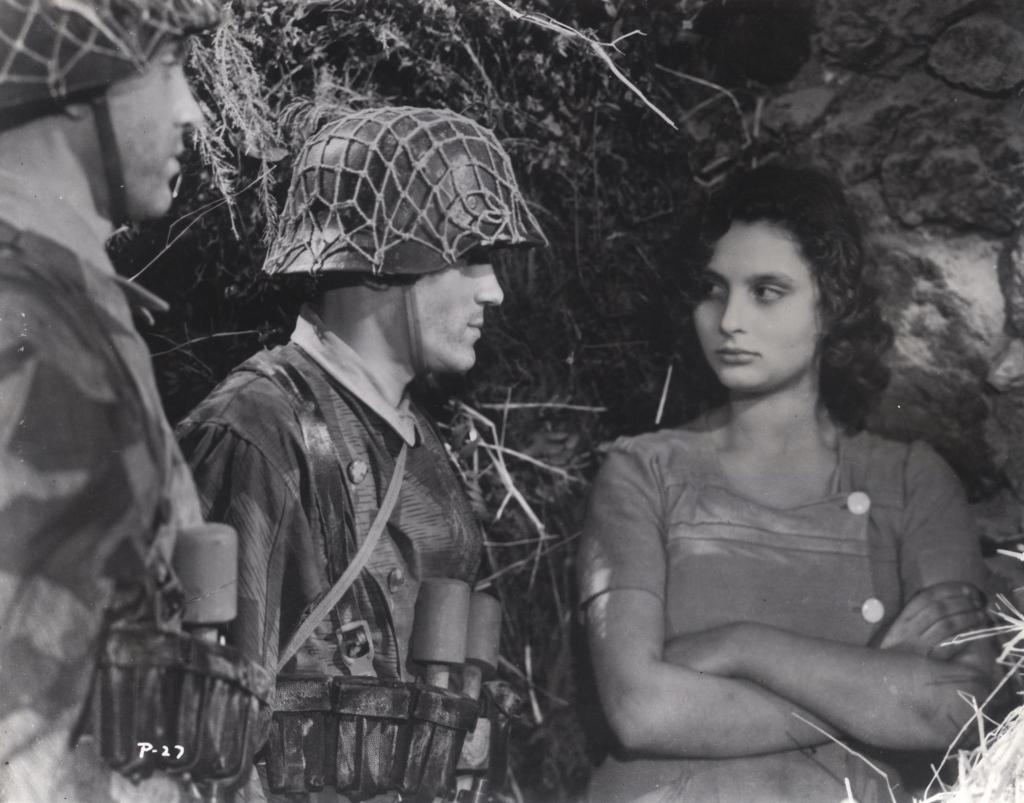 Roberto Rossellini’s follow up to the stupendous Rome, Open City was probably always going to be a bit of a letdown. Rossellini mitigates some of that disappointment by changing up the structure and focus, even if war is still the general topic. Paisan, from a word that is used in Italy to address a fellow Italian as a friend, is really six short films that are connected with documentary footage of the Allied invasion and liberation of Italy. The movie follows a roughly sequential timeline from the early landings to the last battles and jumps from small seaside towns to big cities like Rome and Florence. Because each roughly 20-minute-long segment is completely independent from the others, the characters don’t get quite as much time to make as strong an impression as some of those in Rome, Open City did. Rossellini still manages to craft stories and relationships that leave a mark. I couldn’t tell you the names of any of the characters a day later but I can tell you about the wonderfully touching little moments that Rossellini captures them in and his remarkable use of the short story structure to link the segments through thematic and geographic similarity.