In 2006, I saw a trailer for a movie that looked pretty cool. It sold two things: a nearly-apocalyptic world and that world’s potential salvation in the form of a pregnant woman, the first in a 10 year period. Looking back, it also lays out basically the entire film and yet it gets at very little of what makes the movie a very special example of the artform. But let’s just pause on that for a second.

If you ask 10 relatively knowledgeable people to name one thing about Children of Men, you’ll probably get some kind of comment about the long takes it features so heavily. This was not a new trick for Alfonso Cuaron nor was it the last time he’d go to this well, given the spectacular opening 20 minute section of Gravity. It is, you might say, his gimmick. I was impressed with this gimmick the first few times I watched Children of Men because, well, gimmicks are impressive, especially those that take a heck of a lot of timing and talent to pull off. Later on, though, I began to think of them in the more colloquial sense of the term “gimmick”, i.e. with a negative connotation. What does the movie have outside these trick shots? Does it even count if the shots have been digitally blended together? Do these long takes in fact detract from the film’s fairly powerful story and instead focus the audience’s attention on “look at me” filmmaking? So I thought, and so I have argued here. I turned on Children of Men, which at one point probably held the title for most rewatched movie in my adult life right at the beginning of my budding deeper appreciation for film. 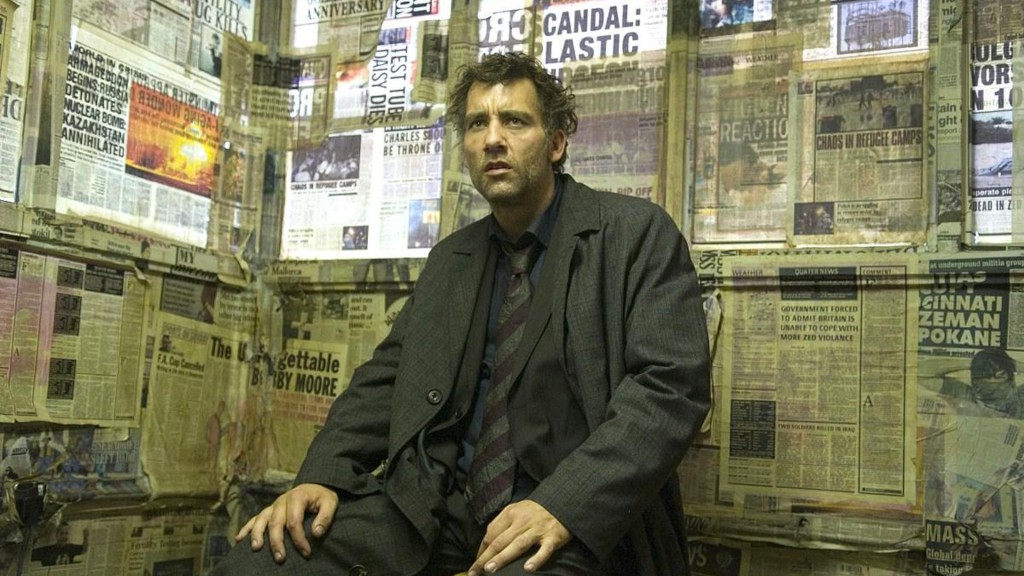 I think that might have something to do with why I turned on the film, actually. This was one of my first ever-so-slightly outside the mainstream films (it wasn’t shown at my local multiplex, I had to go instead to the arthouse theater in my closest city to see it) and I made sure all of my friends knew how great it was. But then I began to look further into the arthouse, I dug deeper into the past and went further afield into foreign cinema. Could I rightly go back to one of the films that I saw only at the beginning of those travels? Certainly not. I try not to be snobby about my taste in movies as much as possible, but I still have a slight tendency to overestimate the strange and underestimate the very normal but very good. With the gimmick tag attached to Children of Men, it never stood a chance of remaining on my top 100 lists and instead fell to the wayside of “movies I grew out of”.

And so now with all of that preamble out of the way, was I right about the gimmicky nature of Children of Men‘s aesthetics and did it rightfully fall out of favor? Well, no. The long takes in Children of Men are fancy, they are attention-grabbing, but most of all they’re integral to the way Cuaron crafts the deep sense of despair that permeates every frame. Take the film’s opening scene for example. It is effectively two shots long. The first is a wide shot of the interior of a cafe packed with shocked onlookers as they watch the news footage which reports that Baby Diego, the youngest person to be born, died earlier that day. You can hear quiet sobs but in the middle of it all Clive Owen’s dejected Theo pushes his way up to the counter and buys a coffee and then leaves. There’s a shot or two of the tv everybody else is looking at but mostly it places Theo as a man apart from the rest of the population. Later we learn that it’s because he’s already suffered his own great loss and has enveloped himself in a cocoon of unfeeling sadness. This is what they call depression. 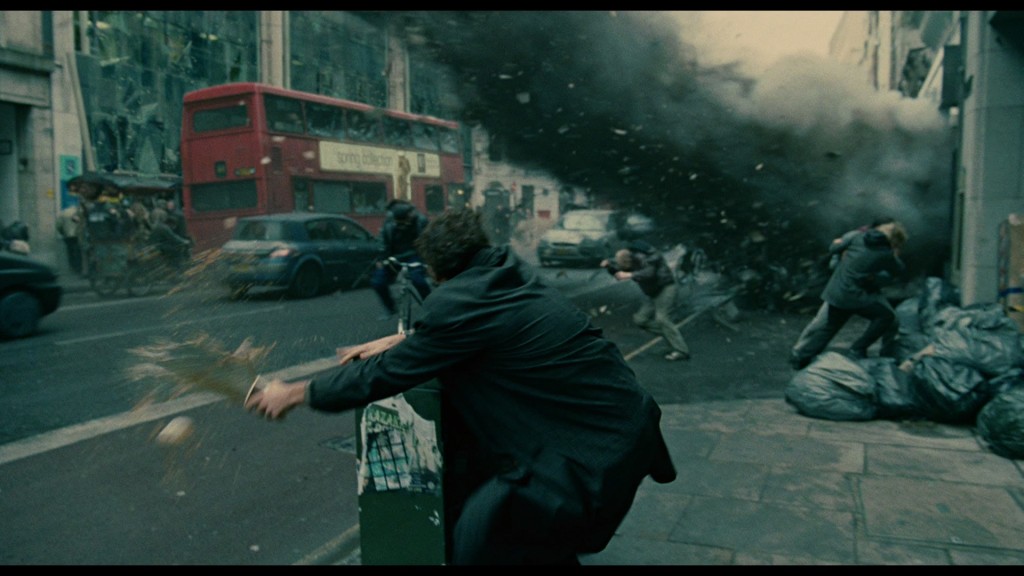 The second shot is an exterior one and unlike the first it is a handheld shot which doesn’t only follow Theo as he walks out of the store and adds his sugar a hundred or two feet away but also takes some time to pan around the area outside the shop. We see some signs of life that look relatively normal and some out of place futuristic things, but most importantly we can immediately sense that this is not the London we are used to. It is a depressed city, a little 1984-ish and a lot dirty. We already begin to feel just how far man has fallen before the bomb that was in the cafe explodes. It shakes Theo and the camera and it takes both of them a few seconds to get their feet back under them. And then the shot ends with a woman walking out of the smoke holding her dismembered arm in her other hand.

The rest of the film uses the many long takes (most are not quite as long as the car attack and the final battle which get so much of the press, but longer than normal for sure) it is made of for the same purposes as it uses those two: to build the world seemlessly and to ground the characters within it definitively. The camera isn’t always attached directly to Theo nor does it ever stray too far from him so we don’t run the risk of losing him in the gray and gritty world the film so adroitly creates and populates with the end of humanity. That’s what hit me the most this time around. It’s such an engaging and creatively crafted film that I couldn’t help but get pulled into its sad and fully realized universe. It is, then, a triumph when, at the end of the film, the fighting stops for a moment and everybody watches as Theo, Kee, and her baby escape the fighting in a refugee camp thanks to the crying coming from the baby. It is not to brag about my willingness to cry that I say I teared up at this scene but rather to poke a finger in my own chest. How could I have decried the film for being just a cheap gimmick when those long takes are what creates the emotional connection to the film, pulling me deeper and further in to its dark vision of the future only to show the light at the end of the tunnel, even if only for a moment? Have I ever been so wrong about a movie before?